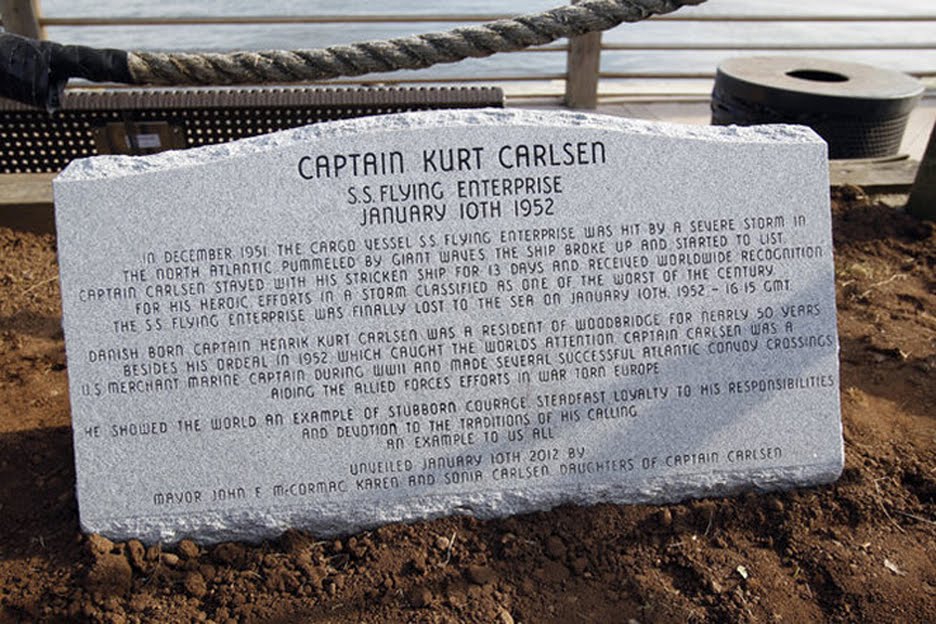 On January 10th, 2012 the 60th year of commemoration, we honored Captain Carlsen and his heroic effort on board " S.S. Flying Enterprise" trying to save his ship.
On this blog you will find pictures from the ceremony in Carlsen Park in Woodbridge Township. We have also added links to more pictures from the day, videos and online articles posted by newspapers and magazines regarding the 60th year Commemoration of Captain Carlsen.

The Story of Captain Carlsen

The amazin story, which gave Captain Carlsen unwanted world fame, is retold in the book "Flying Enterprise & Kurt Carlsen" by Bjarne Bekker. Mr. Bekker was an active participant in the ceremony as a leader of the Caroline Choir. For more information about "Flying Enterprise & Kurt Carlsen" please go to www.flying-enterprise.com or www.flying-enterprise.dk. 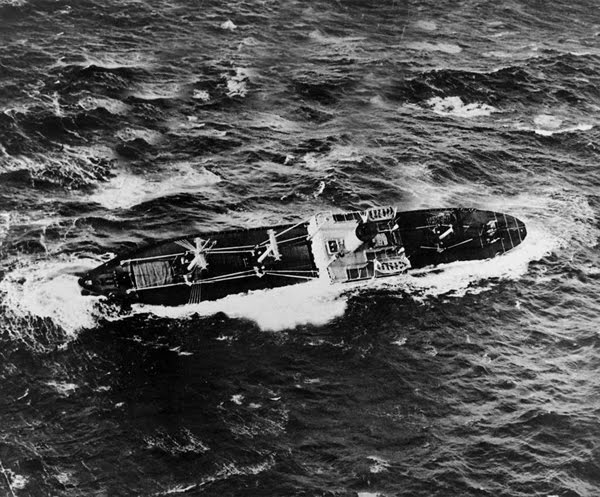 The s.s. Flying Enterprise listing heavily (60 degrees) a few days after she was hit by 2 huge rogue waves. The crew and passengers was rescued by aiding vessels. On the photo to the right Captain Carlsen can be seen on the railing at the stern. This photo went round the world and Captain Carlsen was soon after called Captain Courageous. All vintage photos were provided courtesy of Bjarne Bekker. 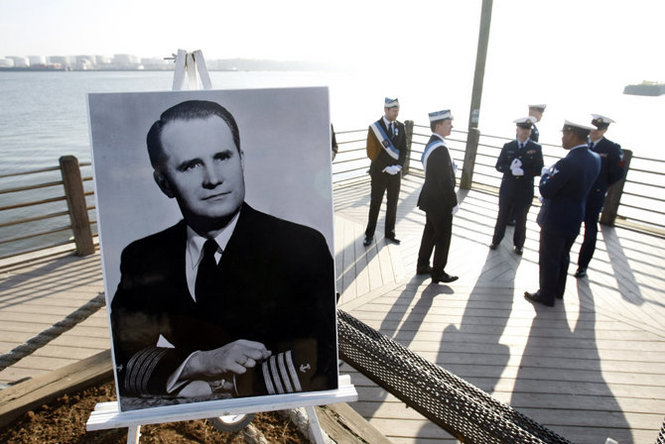 The Commemoration Ceremony was opened by posting of the Color Guard pf US Coast Guards and The Royal Danish Guard Association of New York. This picture was taken shortly before the start of the ceremony, showing the Guards exchanging greetings in the beautiful morning sunshine 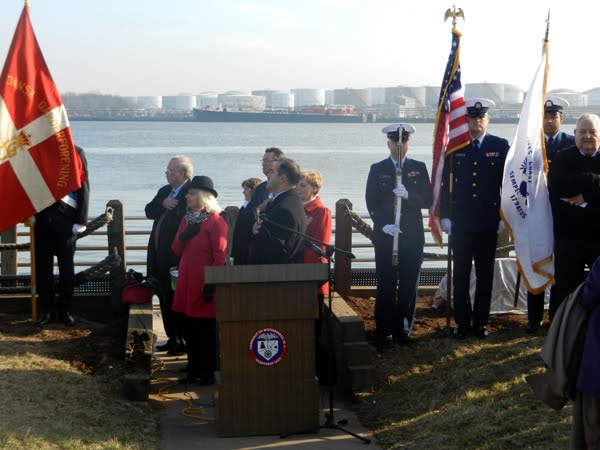 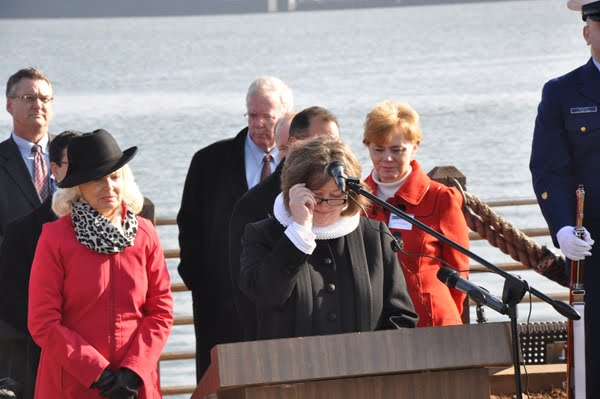 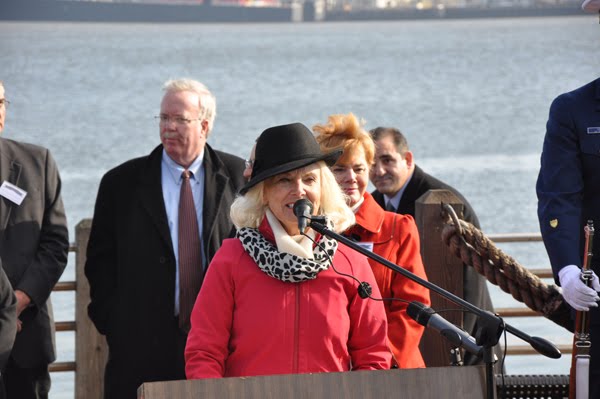 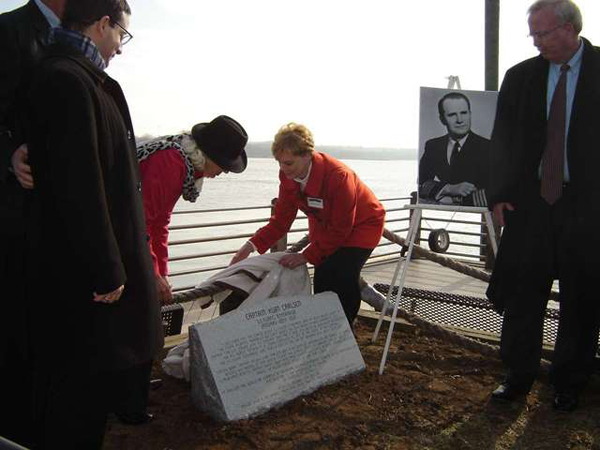 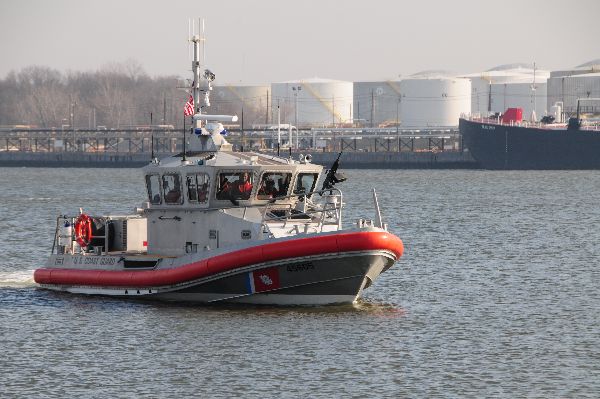 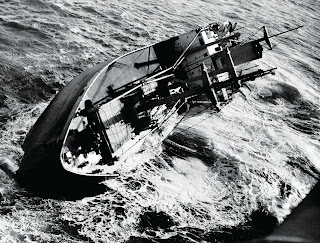 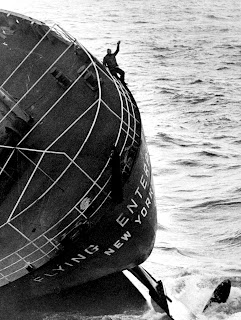 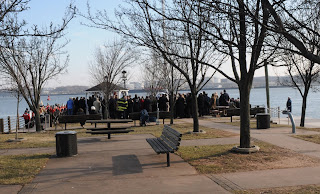 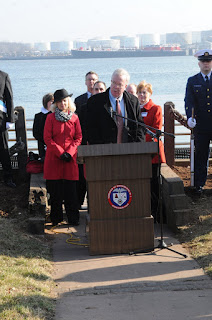 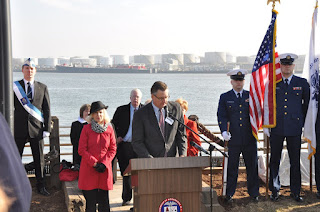 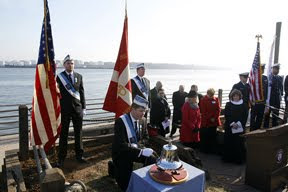 Royal Danish Guard ringing the bell at 11:15am - marking the exact time the S.S. Flying Enterprise was lost to the sea 60 years ago. 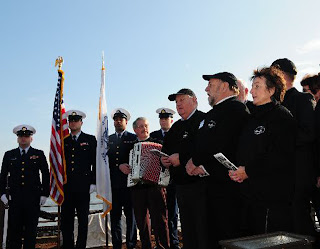 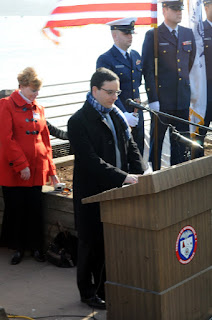 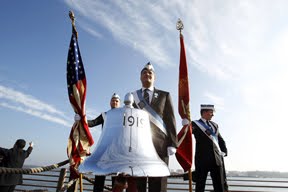 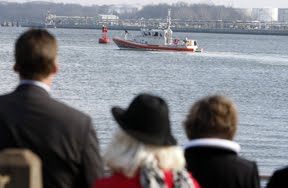 US Coast Guard vessel saluted the memory of Captain Carlsen by blowing the whistle 3 times. 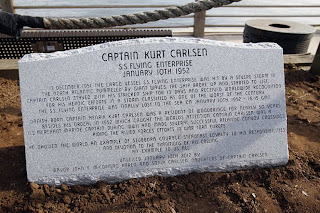